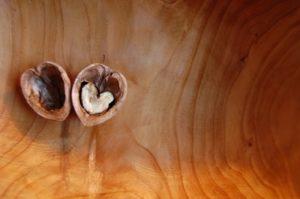 Where do the instructions for mettā practice come from? The suttas give relatively little instruction on what actually to do, beyond generating universal good will that we find in the Mettā Sutta (Sn. 143-152), and the practice of focusing on each direction, in an oft-cited pericope:

Just as if a mighty trumpeter were with little difficulty to make a proclamation to the four quarters, so by this meditation, … by this liberation of the heart through lovingkindness he leaves nothing untouched, nothing unaffected in the sensuous sphere. (Tevijja Sutta, DN 13.76-77).

In one sutta (AN 4.67), the Buddha suggests directing mettā towards various species of snake, and from there to various living creatures. Perhaps this is the inspiration for the more general instructions one finds attributed to Sāriputta from the Paṭisambhidāmagga, which slices the categories somewhat differently:

I don’t know about you, but I find it hard to generate the appropriate feeling tone towards abstracted categories like “all in the eastern direction”, or “all creatures”. At least at the start of my practice, I find mettā is best directed towards particular people. Then when the felt sensation arises, the practice can move towards general categories.

Contemporary mettā practice such as that found in Sharon Salzberg’s wonderful book Lovingkindness instructs us to pick out particular people in our lives and direct good will to them, in a particular order. We start by wishing good will towards ourselves, then towards a benefactor to whom feelings of good will come naturally, then to a good friend, then to a neutral person, and finally to someone we find difficult. Andy Olendzki has described this practice as a form of fixed concentration on an emotional tone, where we hold onto the tone and work by shifting its focus from an easy person to a more difficult person. By practicing mettā bhāvana over a period of time, we hope to get ourselves to a place where we can maintain the same attitude of good will towards the difficult people in our lives that we do to our close friends.

I doubt I’m alone in finding it difficult to get myself to the same place with antagonists that I do with close friends, though.

The mettā practice of successive focus on particular people probably does not come to us from the Buddha, but rather from Buddhaghosa’s fifth century CE text, the Visuddhimagga. Or rather, this practice is most developed in that later text. In the sutta of the Simile of the Saw (MN 21) we do find that the Buddha counsels us to hold those particular people who would do harm to us with a mind of loving kindness, even if they “were to sever you savagely limb by limb with a two-handled saw”!* This is a very advanced practice, for sure.

It does not appear to me that the practice suggested in the Visuddhimagga is quite as demanding as the Buddha’s, at least in certain respects. First, the Visuddhimagga does not counsel us to try to hold the same attitude towards an enemy as towards a friend. Instead, its instructions are more relaxed: the practitioner should work to develop mettā “towards a very dearly loved friend, then towards a neutral person as a very dearly loved friend, then towards a hostile person as neutral.” (IX, 12).

In other words, we are to generate feelings of mettā towards a dear friend, then retain that same attitude towards a neutral person. But when switching to a hostile person, Buddhaghosa doesn’t counsel us to retain the same attitude. Rather, we are to hold the hostile person as we would someone to whom we have no particular feelings one way or the other. We do not need to hold them as we do a dear friend.

Basically, I think Buddhaghosa tells us to raise the level of friendliness in our thoughts so as to erase the hindrance of ill-will. Over time, this process may help to establish equanimity towards friend and foe alike. Then from such a place, once the distinction between “enemy” and “friend” has receded, one can manage mettā towards all alike.

A related issue comes in our attitude towards a “very dearly loved friend”. The first person who comes to mind is my wife. But such a person isn’t at all an apt subject for mettā practice. The Visuddhimagga tells us why, with a little story:

An elder supported by a family was asked, it seems, by a friend’s son, ‘Venerable sir, towards whom should lovingkindness be developed?’ The elder told him, ‘Towards a person one loves’. He loved his own wife. Through developing lovingkindness towards her he was fighting against the wall all the night. That is why it should not be developed specifically towards the opposite sex. (IX, 6).

The next time someone tells us the Visuddhimagga is a dry text, we should remember this poor young man, climbing the walls at night after performing mettā towards his wife!

* Thanks to Erik O’Donnell for pointing this to me over at suttacentral.

An earlier version of this essay appeared at the NYIMC blog.