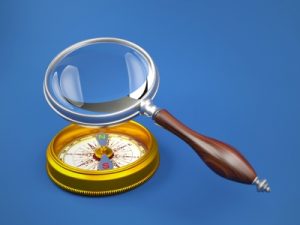 Image courtesy of Geerati at FreeDigitalPhotos.net

We are deep into the political season. Looking at the Trump phenomenon, an article by Phil Torres in Salon bemoans the “anti-intellectualism that runs through the roots of American culture.” Torres notes that, “[T]he most dangerous consequence of Fox News is that it discourages that most important form of rigorous curiosity called critical thinking.”

Critical thinking, or in other words thinking skeptically, may indeed be one method to combat political foolishness. It aims at helping produce in us true beliefs. Contemporary stances such as atheism and Secular Humanism branch off from this skepticism. Torres continues with a wink, “critical thinking could lead to liberalism — or worse, to that most dreaded form of liberal fanaticism called secular progressivism.”

Skepticism is a method. A skeptical stance is careful in how it apportions belief. It takes particular account of what evidence there is for and against, as well as what arguments may be made about that evidence or lack thereof.

One common result of a skeptical attitude is that of atheism: the decision that evidence for a God or gods is lacking, and that hence one should not believe in their existence.

This critical attitude is hard work. It requires vigilance and calculation. For most people it is simply easier to accept the views of parents, peers, authority figures, or the society at large. And indeed to a certain extent we must all do this: we cannot run all the experiments ourselves.

Given its troublesome nature, one may ask what the point is of a skeptical attitude. Why work so hard at belief?

Skepticism itself needs justification. It comes down to a question of what we should value. A skeptical attitude values truth over falsity, accuracy over inaccuracy, true predictions over false ones. It realizes that coming to the truth is hard, so at the cost of enduring some false negatives it works to weed out a load of false positives.

One may ask why we value these things. One may wonder whether the relation between fact and value is one that privileges fact: all matters come before the court of epistemic judgment, and if value cannot be accounted for experimentally, so much the worse for value. Perhaps there are no values at all!

But that cannot be the case. Epistemic judgment, skepticism itself, implicitly relies on notions of value. It relies on ethics. We are skeptical because we hold to certain ethical principles: that it is better (in some sense of better) to be accurate in our beliefs rather than inaccurate.

Now, these ethical principles are perhaps thin, poorly articulated, or understood. In some sense we know it is better to apportion belief sparingly, because in doing so we will reap better outcomes for ourselves and others. We will be less likely to be disappointed. We will be able to be of greater help, and do less harm. We will experience more of the pleasant and less of the unpleasant.

A particularly extreme skeptic may counter that ethics itself involves supernatural claims, in that one cannot derive values from facts, and the only ‘natural’ things are facts. So it might be said, nature is made up of facts, not values.

This is not a claim that can be refuted, but insofar as we admit to being Secular Humanists, we must claim the existence of values as well as facts, however those are meant to be understood. The committed skeptic may be rebutted by the observation that extreme skepticism, if it is to be recommendable as an epistemic procedure, must be so on the basis of its value to us. Divorced from values, the facts alone do not recommend anything. The experimental method itself is based upon valuing reproducibility and objectivity. Divorced from values, there is no experimental method.

The ancient Greeks had an answer for why we should bother with thinking critically: it was on behalf of a quest for the best sort of life. We want to know what truly makes a life worth living, or what is the best way to live. The Buddha understood the matter similarly, though with a slight twist: for him the concern was that of avoiding suffering, in its most expansive understanding. The avoidance of suffering is something that we do not need to justify. It is as natural to us as breathing, logically a matter of definition: we do not want to suffer. A life of suffering is not a good life, unless it is for some end which itself allays greater suffering. Meaningless suffering is always bad.

Why do we suffer? There are too many reasons, but we can at least hope to make something of a quick taxonomy. A large measure of our suffering comes from external sources that are not under our control, from the weather to natural disasters to disease to war to the disdain of our peers. We are also tormented by internal sources: from our own minds arise unwelcome thoughts, unnecessary worries, unskillful desires. We torment ourselves with our greeds and our hatreds. We torment others with them too.

We cannot do very much about those things that are not under our control. What little we can do is either relatively clear and obvious (e.g., get under an umbrella if it’s raining), or obscure and hence the purview of scientific study (e.g., medical research to combat disease). The torment of our own mind, however, is more complex and interesting. This is where, along with contemporary psychology, Buddhist practices may come into play.

One famous method to distinguish the phenomena of the mind from the phenomena due to influence from an external world is that the mental ones are under our direct control, while the ones that derived from external objects are not. We can conjure up the idea of a banana at any time, but if there is no banana in front of us, we won’t see one no matter how hard we try. So the idea is a phenomenon of the mind, while the visual impression is due to an external world.

This is true to a point, but only to a point. Anyone who has practiced meditation knows that the mind is actually not much more under control than is the external world. We want to stop thinking about an ex-lover, but can’t. We want to relax to the feel of the breath in our nostrils, but every time we settle down we are off in another story about the past, or another plan for the future. The ordinary mind is not tame.

More and more we realize we are in the grip of greedy, unhelpful desires, and fiery, unhelpful hatreds. When we are overtaken by such emotions, the feeling is one of being carried away. Any pretense of rationality is swamped. Or conversely, rationality is coopted by rationalization: we tell ourselves that we really need that fancy jacket or new car. That person who hurt us really needs to suffer. We find ourselves compelled to act, and even to think, in certain ways that later we look back upon with confusion, surprise, and regret.

The promise of skepticism is epistemic purity. The promise of epistemic purity is that we will come to know the facts. But how objective can we be about the facts when in the thrall of emotions such as greed and anger? How objective about values? In these circumstances, as psychologist Jonathan Haidt and others have observed, objectivity is all too often a delusion, particularly when our beliefs are tainted by emotional attachments.

Admonish yourself.
Control yourself.
O bhikkhu, self-guarded and mindful,
You will live happily.

Oneself, indeed, is one’s own protector.
One does, indeed, [make] one’s own destiny.
Therefore, control yourself
As a merchant does a fine horse. (Dhp. 379-380).

A Path of Practice

These are only some of the techniques mentioned in the Nikāya suttas. The point of reading these suttas, or writings of contemporary thinkers, is not in order to be able to parrot them back, or in order to be able to write blog posts or insightful online comments. The point of making ourselves aware of these teachings is so that we increase our storehouse of techniques to put into daily practice.

Critical thinking should be taught in the classroom and reinforced throughout life in order to nurture and sustain the knowledge necessary for an informed electorate. But thinking does not happen in an emotional vacuum, and thinking critically does not happen in an emotional storm. The biggest threat to critical thought is a mind clouded by emotion. Marketers and politicians know this. Thus their appeal to the rhetoric of emotion to sell. And of course the worst of these play on our worst emotions, selfish greed and hatred.

A mind clouded by greed or hatred will not be open to critical thought. It will ignore the claims of reason, or twist reason into rationalization. We have all seen it. Many of our most dangerous marketers and politicians are skilled in such arts.

If critical thinking should be taught and learned throughout life, so much more should we practice a critical attitude towards our emotions. We should be critical towards how we feel, and why. Not in the sense of being negative: negativity is just another emotional stance, one allied to anger and rejection. Instead we should be critical in the sense of being willing to openly investigate our emotions. We must investigate the roots of our own tendencies towards greed and hatred in particular. Where do they come from? Are they in our best interest? How can they be mitigated?

It is a mistake to assume that a skeptical attitude alone is sufficient to produce truly skillful belief and behavior. A hateful, cynical, ego-driven skepticism is not particularly preferable over its gullible alternative. And a skepticism driven by contempt often curdles into bigotry, as we have seen all too often in online discussions.

Critical thinking may indeed, as the article suggests, lead to liberal secularity. It may be a bulwark against know-nothing politics. But only when allied to calmness of mind and values that look beyond greed and hatred.