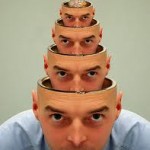 Critical thinking, skepticism, and experimentation are not only important in science, but our everyday lives. This is also true in Buddhism, and especially secular Buddhism. In fact, the Buddha was well known for saying, and I’m paraphrasing here: Don’t just believe what I say. Look for yourself.

When we first began practice with meditation, and mindfulness in our daily lives, many of the teachings prove themselves to be true. It becomes starkly apparent, for instance, that we cling to pleasure and we have aversion to pain. Our reactions to such clinging often cause a great deal of internal suffering. Mindfulness goes on to reveal much more than just clinging, but also how we create and recreate a feeling of self.

The teachings about not self had me very skeptical, even disbelieving. Though I have been an atheist since I was ten years old and have not believed in a soul since then, not having a static self driving the show seemed absurd. I was determined to dig into this teaching through simple observations, which is all you need, and prove the Buddha’s teachings about not self to be incorrect.

Well, as with the teachings about clinging the rise of suffering from attachment, I realized I could not find a static self, a central driver in any part of myself that I explored. But something else interesting revealed itself to me .  .  .

As we go through our day, we react to our environment externally and internal by creating a sense of self, a feeling of me, mine, and I. For instance, at first there is a feeling of hunger in the stomach. It’s simply a physical sensation. That sensation, the need for food, gives rise to the thought, “I’m hungry.” With that thought a feeling of “I” arises, a sense of self.

I noted over time that the “I” I had come to assume was a static self was not a central driver at all, a me, but instead simply a reaction to the world that arose and faded thousands of times a day. This fragmented feeling of self gives the illusion of a central self who is experiencing, making decisions, being in charge. The more I observed, the more I realized the Buddha was right about the not self teachings. Note, Buddha didn’t say there isn’t a self. What he said was you can not find a self in any part of you. Everything you observe is not a self. There is a feeling of self, a feeling that arises and fades, and arises again.

Over time neurologists published books about how our consciousness creates an illusory self. In fact, one book suggested the brain actually creates two illusory selves, one that feels in charge, and the other one that observes the other. This explains why when we sit and meditate if feels like I am the one who is sitting, but I am also the one who is observing that I’m sitting.

I don’t quite agree with the Buddha at this point that the reason we have this fractured yet repetitive arising of feeling of self is from a tainted mind, one impure. According to neurologists, much of this arising of self is necessary to our survival, and with out it, you would not bother to feed yourself. Yet, I do see very clearly how we form false impressions around the arising of the feeling of self, how it creates more clinging, hence more suffering.This feeling of self is in essence the ego, a bloated one at that.  That’s what I think the Buddha was onto.

But as all this observation proved the Buddha correct that there is no self, it also proved to me that there can be no such thing as rebirth, or reincarnation after death, for there is no one to be reborn. Consciousness, a function of the brain, and the manufacturer of the feeling of self, dies with the death of the body. But even more importantly, there is no central driver, no self to continue, because it never existed.

“… if you understand anatta correctly and truly, then you will discover for yourself that there is no rebirth and no reincarnation.” — Buddhadasa Bhikkhu

In the suttas, the Buddha does speak about rebirth after the death of the body, of being reborn in heavens or hells, etc. Given what I have observed within myself, I have to disregard that teaching as literal. Instead, I see it metaphorically as the way we give birth to the ego. I see no reason to consider anything after death, since I can not test and explore that situation. What I do know is everything that is born dies. That’s really all we need to understand for death. Our day will come. We can be certain that there is life before death.

In secular Buddhism, the focus is on this life, this moment, and being mindful of how we interact with the world externally and internally.  It’s fascinating to watch how the mind responds through thought and emotion, and creates story that could possibly be way off the  mark. Meditation and mindfulness help us be skeptical of our very own inner workings so we don’t buy into dogma, don’t cling to beliefs just because someone said something was true, even the Buddha in the suttas.

While at one time I found the idea of not self shocking and insulting, I’m now fascinated by it. And what neurobiologists are adding to these conversations verifies what we have discovered in our own self observation. We are complex people, but there is no one inside, no unchanging entity to be reborn. Seeing that encourages me to appreciate this one life all the more, to alleviate what suffering I can, and to be with each moment as it arises.