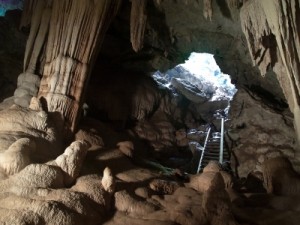 Image courtesy of Exsodus at FreeDigitalPhotos.net

Where do we find the good life? The ancient Greeks, our earliest philosophical forebears in the West, thought the highest aim of reason was to answer just this kind of question. Nowadays we often think of reason as allied to the twin aims of (1) scientific skepticism, that is, following the results of consensus science as our best route to knowledge of the world, and (2) naturalistic atheism, the lack of belief in God or other supernatural entities.

This alliance has I think led people to believe, or at least assume, that the best sort of life is that of the rigorous, skeptical atheist: the person who takes no BS, and who is obsessively careful about what they believe.

Similarly, who leads the better life: a theist who is liberal in views, undogmatic, simple in desires and slow to anger? Or an atheist who is greedy, prejudiced, and irritable?

Each has advantages and disadvantages, we may say. The correct knowledge of science helps one to navigate a world of consumerism and complex health care options with greater success: the knowledgeable will avoid those products and services which are based on false studies or empty marketing. They will avoid wasting time on hopeless projects, such as that of finding Bigfoot, or UFOs. They will be more prone to work for political solutions to important problems such as global warming, or child vaccination.

On the other hand, one’s success in engaging with science will likely be curtailed if one ordinarily displays irritability and selfishness. Some of our more prominent science defenders have dealt with significant public backlash for an inability to curb such anger.

Similarly, one may say (although this is somewhat less amenable to evidence-based argumentation), the atheist avoids wasting time in meaningless ceremonies on Sunday. But many years working with secular atheists leads me to realize I would often rather spend time with a liberal Christian than an illiberal atheist. Lack of belief in a God or gods guarantees little.

It would be best to be both accurate in one’s beliefs and controlled in one’s actions, of course: to be both knowledgeable and wise, as it were. But if someone put the proverbial gun to your head and asked you to choose knowledge or wisdom, which would it be? I have no doubt that many skeptics and atheists would unhesitatingly claim to want to continue as skeptics and atheists, damn the greed and anger. But this I think is due more to what psychologist Robert Cialdini termed the “consistency principle” than to a clear survey of the options. We like to be consistent in our beliefs. What this means in practice is that when we are publicly identified with a particular position, be it a bet on a racehorse or an affirmation of a view about epistemology, we are more likely to cling to it than when we are not so publicly identified. Many internet skeptics and atheists cling very strongly to that self-identification.

Anger and greed are painful and ultimately debilitating emotions. It is true that they energize us to action, but it is energy that ultimately does not work to our best interest. Anger divides us from others, hardens disagreement, and provokes further anger. Greed tends to isolate us from others with whom we see ourselves as in competition for resources; it holds out the false hope that ownership brings happiness.

While the ignorant person is misdirected when it comes to particular topics, such as science or religion, the unwise person is misdirected in a more general sense. Their every action is liable to be tainted, even that which is ostensibly correct in a scientific or (anti-) theological sense. Great scientists do themselves no favors by being crabbed or avaricious.

On the other hand, the wise but ignorant may at least be pleasant, friendly, and happy. And those who are slow to anger, without pretense or ego, may be quicker to learn and discard false beliefs than those who cling to them as prize possessions. Wisdom will tend to weaken attachment to false beliefs, in the face of evidence. It is, however, very difficult to argue someone out of greed or anger.

It is not just that we set the bar low in aiming for knowledge and not wisdom. It is that we aim at the wrong end.

The person skilled in scientific knowledge may indeed come, by that route, to know that certain actions are likely to make themselves and others happier (viz., kindness, charity), and that other actions are likely to make themselves and others unhappier (viz., anger, greed). It is further possible that such a person may use this knowledge to become wise. But while this is a theoretical possibility, I think on balance it is unlikely; it would constitute, after all, only a very small part of the scientific endeavor. Science is too large for any to master it completely.  As well, the state-of-the-art in science is a long way from spelling out precisely the route to happiness, if indeed the notion of happiness is even scientifically tractable. The psychological study of the good life is in its infancy.

Think of some paradigmatically wise people, such as Socrates or the Buddha. Neither were by modern standards knowledgeable about scientific matters. Both, as it happens, believed in rebirth and supernatural entities. But nevertheless both led lives of admirable kindness and selflessness. Indeed, looking at both historical figures we can begin to see how wisdom is not bound to the advances of knowledge: it is a characteristic along a different path, at an angle to knowledge as it were.

A person living in a cave ten thousand years ago could have been wise. He could not, by modern standards, have been scientifically knowledgeable.

I do not mean to suggest that skepticism and atheism should not be pursued as reasonable and skillful methods for apprehending the world. They are indeed both reasonable and skillful: we should be naturally skeptical in all our pursuits, and indeed skeptical of claims to wisdom. Scientific knowledge is good: in the fullness of time it may, indeed, point us the surest route towards wisdom. But it would be a mistake to take the simple accumulation of scientific knowledge as an adequate answer to the age-old question of how to live a truly good life.

Posted in Articles and tagged Atheism, skepticism, Wisdom
← Episode 244 :: Ethan Nichtern :: The Road Home: A Contemporary Exploration of the Buddhist PathEpisode 245 :: Doug Smith :: Was the Buddha an Anti-Realist? →