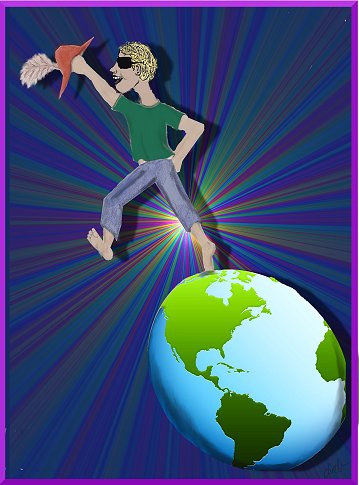 As some of you may know, dependent arising has been my pet project for about half a decade, now, and I have developed a hypothesis about its structure that I am reasonably sure is correct, not only because it makes sense in the context of the times, but because it is consistent with what the Buddha taught all through the canon, and, in fact, makes much of what has been obscure make sense. But I’m not going to talk about any of that. If you want to know about the supporting structure, I hope you’ll subscribe to the Journal of the Oxford Centre for Buddhist Studies — a new, wide-ranging, open-minded publication that was started recently by Professor Richard Gombrich — and get your very own copy of the paper “Burning Yourself”. Understanding the context provided by the paper should make a big difference to sutta-readers’ insights into what’s being said all throughout the canon, since dependent arising is the big lesson that ties the teachings on the dharma together. Subscribing will also have the effect of supporting Prof. Gombrich’s work, which opens up Buddhism to wider discussion than in the past, so a subscription is a doubly-good “safe bet”.

I’m going to start each post with Sariputta’s run-down of what the link in the chain is about, and I’ll often make reference to the step before, and the one that follows, but I am going to try to keep it simple and practical. The sutta I will use is MN 9 (pts M i 46-55 as translated by Bhikkhus Nanamoli and Bodhi). It is Sariputta’s answer to the question “What is right view?” To summarize, he says that right view is understanding what is wholesome (and unwholesome), understanding nutriment, and the four noble truths, and each of twelve steps of dependent origination, and the taints. The talk about wholesomeness is not difficult to understand (it is general morality); nutriment we have covered in previous posts (here and here); and the four noble truths should be familiar to just about everyone (if not, they are the focus of the last half of this post). We can talk about the taints at the end of the series if anyone is still with me at that point.

Before we start on the first link, I will finally add my answer to the earlier Pop Quiz about Dependent Origination and just say this about what dependent arising is: it describes the arising of the parts of our sense-of-self that cause problems. Using Pali terms, I would say it describes how anatta arises, causing dukkha.

Regarding my use (and abuse) of the term “anatta“, there are some Pali terms I use in preference to any English translation. Among these are dukkha and sankhara — covered in the next post — terms I find necessary to use because there is no good corresponding word for them in English. Anatta I am loosely translating as “sense-of-self” though it’s more specific than that. The Buddha didn’t overtly use the term anatta the way I use it — he seems to have meant it to be read, primarily, as a denial that there is a lasting self (that’s what anatta means — not-self) and was very careful not to give it any sense of concreteness. However, the overall “shape” of dependent arising indicates to me that describing the end product of the process as “anatta” in our time is not in conflict with what the Buddha was trying to convey. Therefore, I break with both the original use, and with convention by using it as a label for a concept that can be generally described as “that which we mistake for a lasting self” (but it is still more complex than even that).

Dependent arising also, in a way, describes impermanence, because at the base of it all, the Buddha is really showing us what happens so that we can see both that what arises is impermanent, and how to keep it from happening in the first place (therefore proving its impermanence when we put a stop to it). But the main thing it is describing is just our fluid sense-of-self, its origin, and by extension, how we can end the process. The reason it details all this is because the end-product of that sense of self is dukkha. So we could say that paticca samuppada describes all three of “the three marks of existence”: not-self (anatta), dukkha (aka “suffering”), and impermanence (anicca).

One important key to keep in mind when considering dependent arising is that each link in the chain represents something active, rather than static. A possible exception would be ignorance, depending on how you look at it. All of these describe things going on in a process.

The first step in the link is ignorance, and here is Sariputta’s description of it:

Basically, the ignorance we’re talking about is ignorance of what is meant by dukkha (suffering). It is not ignorance that there is dukkha — we all experience it — and not ignorance of there being a term for it, but more like a misidentification of what it is/what the problem is. The question then gets framed in terms of “the four noble truths”: What is dukkha, where does it come from, can it be stopped, and how would that work?

Translated into plain English — and given that what’s being described is the arising of our sense-of-self — what we are ignorant of is:

(1) That it is that “sense of self” (anatta) that causes the problem of dukkha — and by extension, it is only problems generated by that sense of self that are the definition of dukkha. This means that dukkha is not physical pain, or our own death, or aging, or sadness for the problems of the world, or even the keen pain we may feel at the loss of a loved-one — unless we have added unnecessary layers onto those things, grounded in a sense of self: the “why me”s and “I’ll never survive without you” and “it was all my fault” or even blaming others for what we feel.

(2) We are ignorant not only of what that dukkha is, but where it is coming from — which is from that sense-of-self, and from our own ignorance about that sense of self.

(3) We are not only unaware that dukkha has its source in the sense of self, but that something can be done about it. As long as we remain unaware of what’s happening, we have no power to fix it.

(4) Once we become aware of all of the above, we can end our ignorance of the process by learning to see it through the tools provided in the path of practice the Buddha laid out.

The four items listed above are the four noble truths reworded to show that dependent arising is the answer to he questions those truths pose. It is actually “the cure” for dukkha; it is one of the tools. It tells us what dukkha is, how it originates, and shows us that the process can be interrupted, and gives us the structured insights that allow us to do that. Ignorance, then, is “the first cause” of our problems and understanding that is the first step in the cure for ignorance.

Go To: Table of Contents for A Secular Understanding of Dependent Arising